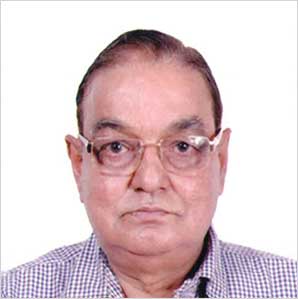 The literal meaning of a mentor is a person you look upto. When we decided to venture into Ayurveda, we had no else in mind other than famous authority on Ayurveda, Dr. Uma Shankar Sharma who we wished to be our mentor. Ayurveda runs deep in the veins of ‘Vaidji’ as he is affectionately called. His father the noted Late Sri. Balarama Sharma Vaidya was a doyen of Ayurveda. He followed in his esteemed father’s footsteps, by first completing his degree from the famous Tibbiya College in 1971. Since then he has established an extremely successful Ayurveda practice having a clinical experience of more than four decades. The fact that he consented to be our mentor is a matter of great pride for us. It is our intension to launch ancient ayurvedic formulas for chronic disorders under the able guidance of Vaidji.